Gaia has decided to do a very hard shift back to spirit. That is the roller coaster swoosh feeling and sound that keeps coming and going. This is not to be confused with the plethora of extra-large portals that we are going through all at once on a Macro level. You will also notice heart flutters for the same exact reason.

The Fifth seal was opened to reveal another, even better timeline, that has since engulfed the really great one that we were already experiencing. This one has some very major events attached to it such as intergalactic contact and a massive show of starcraft in the skies to clear any doubt to their presence here on earth. This is mostly because the very proactive Sirian, Pleiadian and Artutian Alliance has been working round the clock fixing the many engineering issues facing earth at the moment. This is a very tedious job and we will be assisting them in today’s assignments by making it more accessible for them to bring the resources that they need to complete the task.

This bridge-building fifth seal has the extreme energy upgrade known as “the touch” which makes advanced souls who have incarnated within its path emit a very holy vibe that is innate and contagious. The lightworkers of this earth are gaining powers that will humble the general masses the way it did 15,000 years ago when people similar to the lightworker legion, inspired the legends and mythologies of old.

The Earthquakes and Seismic activity in Utah has more to do with underground operations than it does anything else. That does not say that it is not triggering legitimate seismic activity but its trigger is not of natural sources. It is a very delicate operation as there is a dormant volcano in the vicinity, that could easily become awakened by such events. 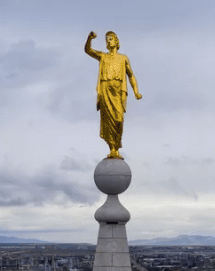 Archangel Gabrielle’s horn has sounded marking the ending to the reign of darkness and it ushers in a new light that will be coming through momentarily. In divine synch, Archangel Moroni’s horn broke off from his famous statue in Utah. Some of the Mormon high press forced Archangel Moroni to play this horn which is not his jurisdiction to do and thus caused much confusion within their own church. Interestingly enough it now looks like Archangel Moroni is checking his watch and indicating the time. This is a sure sign that Archangel Moroni has been freed and that Gabrielle’s horn is back in his possession.

A lot of people are leaving and I do mean A LOT, and there is nothing that can be done about this, as it is the will of many Macro aspects of divinity. This is a mass exodus of the entire faction of lower vibrations souls who must return to source at once. They are well aware that they will not physically incarnate ever again and are thus dragging their feet. This is in very poor taste as there are much worse things in existence than not physically incarnating into th physical realm, this a blessing to their tired souls and most certainly not a curse.

In related news, the galactic trials of the eldest Rothchild have already begun. “The Galactic Federation of Light” who runs the trials have kept out of this conflict just enough to be accepted as a non-biased judge. By orchestrating these trials The Federation also put themselves in a self-appointed role to help rectify the situation and we fully anticipate their diligent work in doing so.

Most of humanities 7.8 Billion People do not have enough belief in their ability to work metaphysically as of yet. If that is not the case (and for most Light-workers it is not), feel free to use your own tools and abilities for assignments. For the others, the tools below will help you bridge the belief gap, as your belief in the said being would come into play as well.

The following tools will only be available until the mark of the next Archangelic Day (next day’s official post) if you are catching this on a later date. You can use the current daily tools for previous assignments. Envision yourself using said tools with a pure heart and pure intentions. Just remember imagination plus emotion, will give you the best results.

A warning to all who try to yield unworthy, these things have their own will.

Please make a mental note of what you wish to equip.

We have gone through great changes and thus the weapon-based tools can be inserted into the ground to call forth downloads.

Passive = No intention needed to use or arm, it will work on its own when you accept its presence. All you need to do is give permission and it will work on your behalf.

Active = Intention Needed to use.

Aggressive = Will attack before anything has a chance to do any harm to you.

(Active, Passive and Aggressive anywhere within the universe)
The Violet Flame team has remained steady in the 9 setting. This means divinity is fully in charge.

(Active Long & Short Range)
Archangel Michael’s legendary sword can handle anything, as it is completely omnipotent, there is no level of consciousness that can be achieved that this couldn’t slice through. It is also an amazing weapon against electronics and technology as it can override any circuitry.

(Active Long Range – Passive, Active and Aggressive Short Range)
Archangel Issac’s Radiant field looks a lot like Magnetos forcefield and it reacts to any life form with either loving energy, or a with transmutation-al blast of vast power.

(Passive and Aggressive, Long or Short Range anything in your jurisdiction)
Archangel Leo’s Swords of plenty is a passive and aggressive attack sword that has a complete will of its own. Do not try to yield at all, you will only get in the way, equip and go.

(Passive and Aggressive)
Archangel Shepard’s orb is a presence of divinity that allows anyone that you are engaged with a clear path to forgiveness or a direct audience with infinitely expanding creator source on the matter. This is a truly compassionate tool of divine orchestration.

(Active)
Archangel ZagZagel’s staff of heavenly might rains large crystal masses upon a targeted area. Great for large targets, works on the physical and nonphysical as well.

(Active)
Archangel Tzedekiel’s staff of justice is a tool that is best used on a Macro level and can help move things along that are stagnant. It can also summon and maintain force fields for protection purposes.

(Active )
Archangel Sachiel’s net of cosmic plasma, fire or rain; can blanket an area large or small. Use plasma to calm, rain to heal and fire to transmute. Especially helpful for events. Envision the flower of life and the material you wish to use.

(Active and Passive)
Archangel Yehudiah’s wand of structure can build “Stairways to heaven” or any other metaphysical structure to perfection. This will be extra helpful in today’s assignments.

(Passive)
Archangel Yabashiel’s sandals allow your footsteps to bless the earth without any extra effort besides walking. This tool allows for our subconscious selves to be actively involved in the healing process of Gaia.

PLEASE NOTE: the next 3 tools are meant to be used in combination. They are sent to us to help us sustain our physical bodies. Please keep using this tool daily” we are starting to remove the energy blockages surrounding abundance.

If you need help using the below tools. Envision gold bars Using Archangel Ariel’s Wand and set it on fire using Archangel Nasaragiel’s and Archangel Israfil’s Swords. I say envision Gold because Gaia controls gold and cash money, well ya know that story. Also, the galactic federation trades in gold and manifesting in this method also aligns with their currency methods and any divinity based currency system.

(Active)
Archangel Ariel’s wand of comforts, helps you summon any necessity you may have. It is a wonderful and comforting tool when equipped.

Assignments:
These assignments are valid any day, as we are beyond space and time, and it still remains collaborative effort no matter when you administer them. Although to ensure accuracy, make sure you are using today’s current weaponry. Especially, if you are seeing this 30 or more hours after this was originally posted, please use your intuition.

Today’s assignments are building assignments to aid the Pleiadian, Sirian and Artutian Alliance with a permanent structure that will open a line of resources from these specific sectors to ours. This will aid in many ways but it is in direct response to the materials that they need to completely rectify the situation as some elemental resources can not be transported any other way. The following assignments are pivotal for the acceptance of these resources.

I must preface the rest of this with this clarification, Portals are wonderful for connecting point A to point B but they are not useful in circumstances of multiple exit and entrance. There are multiple structures that handle multiple openings and we will be using a few techniques, but please do not be limited to the following and if you know of others feel free to freelance with this general purpose in mind.

1) Create a pathway of light from our Galactic Terminal to the direct center point between Sirius A and Sirius B.

A pathway of light looks a lot like something Bob Ross would paint in the cosmos. It has multiple avenues of entrance and exit and can be safely traveled by individuals as well, starships and elemental resources alike. 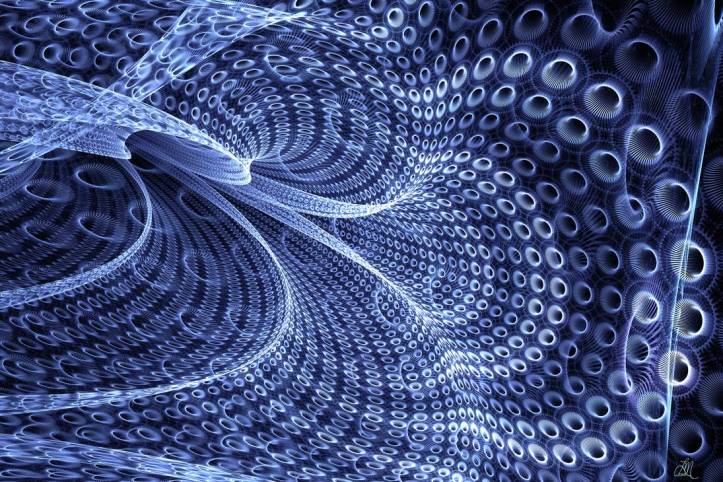 3) The Arcturians have already built a very advanced superhighway called the Arturian Rainbow Bridge. This bridge links to key points upon the earth. We need to weld those points to the central points that we created in Death Valley National Park of the United States, The Azores of Portugal, and Machu Picchu of Peru. 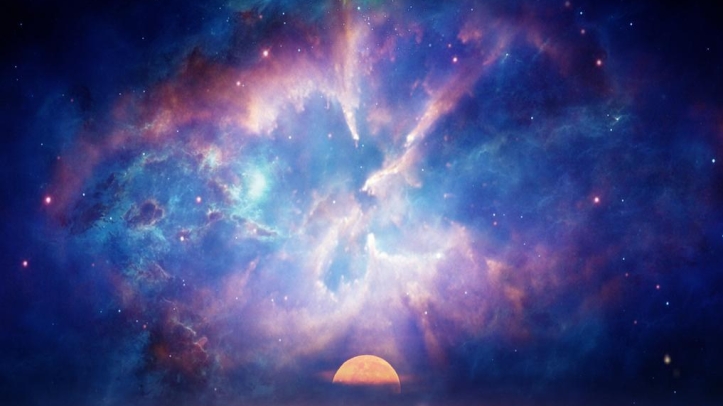